November 14, 2021
Eric M. Deadwiley, Author: CIVIL DEATH IN NEW YORK STATE “How New York State Utilizes Criminal Conviction Records to Impede the Economic Growth of Formerly Convicted People” Edeadwiley27@yahoo.com   November 14, 2021       OPEN LETTER TO THE NEW YORK STATE LEGISLATURE       Why New York State Needs to Pass the Clean Slate Bill     According to the Federal Government, there are over 80 million people with a criminal conviction on their public records. That is literally 1 in 4 Americans. I call this “public” notification of a person’s past–the “scarlet letter” of our day, which I also proclaim in my book ( Civil Death in New York State ) is the “civil death penalties” of the modern age. With the advancement of information technology, background checks have become more and more common; and with millions of Americans looking for work, employers are utilizing information technology to “sift out” applicants with any kind of criminal background, often in the
Post a Comment
Read more

May 04, 2020
Dear Leaders in the New York City Area, I am concerned that Mayor Bill Di Blasio's decision to pass the hiring of the estimated seventeen hundred Contact Tracers to Ex-Mayor Bloomberg will result in discriminatory hiring practices that will ill affect African American and Latino communities. Bloomberg “immediately” announced that he would turn the hiring process over to a “Staffing Agency.” Many of these “Staffing Agencies” use all types of software that “sifts-out” candidates based on name, demographics, race and word use. It has been well established that the African American and Latino community has been adversely affected by the Covid-19 Virus in New York State. Our community should be 1 st priority in these well-paying jobs which start at $57,000.00. It should be very suspicious that one of the job qualifications is that a person must have prior “healthcare experience.” The Contact Tracer position is basically an "investigatory" position. Other States are
Post a Comment
Read more

IS DONALD TRUMP A CON ARTIST AND WHITE SUPREMACIST? 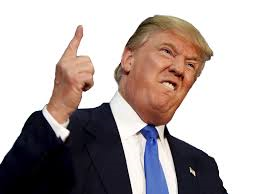 As we begin the year 2018, I would like to think that we all are hoping for a happy, healthy and prosperous New Year.   The reality is that too many Americans, Democratic and Republican alike are suffering from the sort of doom and gloom that can only exist in the world of Donald J. Trump. Donald Trump has become the single most divisive as well as chaotic President in American History. For my first Article of 2018, leading to (if God be willing) my next Book (Title will be announced in the coming months), I would like to make a diagnosis of our 45 th President of these United States of America. Be mindful that I am–not and do–not claim to be a Physician of any discipline. I have not lived or dwelled in the marble halls of the White House, Senate or Congress. However, I was born and raised in Brooklyn, New York. It is almost impossible to grow up in Bedford Stuyvesant, Brooklyn for “50 years” and not come into c
Post a Comment
Read more 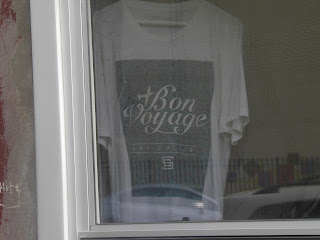 THE DEADWILEY TRUTH OP-ED COLUMN THE PEN IS A POWERFUL INSTRUMENT. WHEN USED EFFECTIVELY, YOU CAN CHANGE THE WORLD   By Eric M. Deadwiley January 30, 2017             BON VOYAGE! White Tenant’s Message To Black And Hispanic Residents In Brooklyn Neighborhood   A White tenant living in Bedford-Stuyvesant Brooklyn hung a Tee-Shirt in his 1 st Floor Apartment window with a message to the native residents of the Bed-Stuy community. His message represents the sentiment of some of the new (more well-to-do ) residents who are occupying the new Luxury Apartments that are being built all over the Bed-Stuy community. Since the year 2000, the Luxury Apartment boom has “exploded” in Brooklyn. This explosion slowly worked its way up from the Clinton Hills area all the way up through Bed-Stuy to Bushwick. There are very few ( if any ) Apartments being built that are being reserved for “low income” applicant
Post a Comment
Read more

January 24, 2017
Why did the son of the greatest civil rights leader of our time, feel compelled to go to the home of (then) President-Elect Donald Trump? On the ( nationally celebrated ) Birthday of the honorable Reverend-Dr. Martin Luther King Jr, the President literally “punked” his son.   Why didn’t Mr. Trump attend any tributes to the slain civil rights leader in “respect” for his extraordinary sacrifice in the advancement of the greater good of humanity?   The civil rights community holds only a fraction of the respect and dignity that they once held. Why? There are many reasons for the demise of the stature of Black leadership. Ignorance, greed and self-maintenance tends to drive most Clergy based leadership.   However, this picture, should be cemented in the minds and souls of Black people. This picture depicting Martin Luther King III being lead out of Mr. Trumps Penthouse Elevator on his father’s Birthday typifies the “weakly” state of Black leadership. This picture symbolizes the d
Post a Comment
Read more
More posts